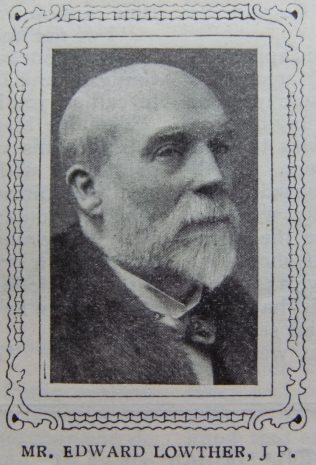 The respected Society Steward of the London Road Church, Brighton, which office he has held for well over the quarter century, was one of a large family living in an ordinary miner’s cottage at West Cramlington, which with Seaton Delaval and other large collieries were in the North Shields Circuit. But that cottage home was always bright and cheery, and around its warm fireside many ministers such as Thomas Suthorn, C.C. M’Kechnie, John Hallam, John Snaith, William Bowe and John Welford had converse with his parents while the family listened. It was a godly home, where religion was esteemed a very real thing for the house as well as for the chapel. The Church at West Cramlington was of sterling worth. In it were men of singular strength and character – such as John Ramsey, Thomas (Tommy) Wanless, Christopher Gregory, Alec Petticross, the Brothers Absalom, and others – men upright in character and devout in spirit. Amid this atmosphere he grew and developed; and in due time married Miss Esther Reed, who has been a real helpmate in all things good. He was at this time an intelligent young man, alert and with ideals and aspirations beyond the common walk of life around him. When approached by the Rev. John Hallam as to the desirability of becoming a local preacher he laughed at the idea; but eventually under pressure, he consented, and having passed the examinations he came on the plan, and during the short time he remained in that station he was ever welcomed by the Congregations for his own sake and his father’s. After removals to Newcastle and to London he came to Brighton in 1877, and soon made his presence felt both in Church and Civic life, in both of which he has distinguished himself. A true-hearted Primitive Methodist, loyal minister’s friend, a ready helper of those in need, he is rightly held in high esteem by his brethren in the Church.

Edward was born in 1846 at Benton, Northumberland, to parents Matthew and Alice. Matthew was a coal miner.

His obituary records that having started his working life in a coal mine, he went on to start a business in London as a coal merchant. He was first elected to Brighton Town Council in 1884.