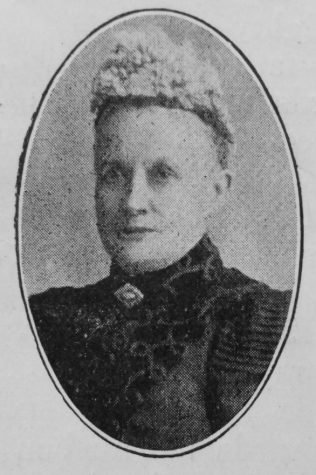 Transcription of obituary published in the Primitive Methodist Magazine by E. Millichamp

Mrs. Longhurst, the devoted wife of the steward of London Street Society, Reading, departed this life June 26th, 1907, in her seventy-third year. She belonged to the Dawson family, of the village of Aldworth, and came to Reading in early life. Here she married. In the relationship of wife, mother, and sister in the faith she exhibited a type of the highest order. In the home there was a quiet dignity, plodding industry and studious care.

In the church she became the premier of her sex, and displayed such tact and energy that her undertakings were always a success. Her general character was such that we think of her as possessing a combination of qualities such as were seen in Martha, Mary and Dorcas. These won for her the admiration and love of all so that by her death the family and the church have suffered a great loss.

The Rev. F. Pickett writes:— “She was one of the most beautiful spirits I know; a lover of Zion and a worker for it, she had an unfailing sympathy for the sick and the poor and distressed of the congregation, and took their griefs to her heart. Her gracious ministry was wonderful and without the least ostentation.”

Given to hospitality our good sister entertained the chieftains of our church who came for special services, and on these occasions a friend or two received an invitation to meet them. These many kindly acts performed at times, as Mr. Pickett says, when “she was weary and in great pain,” have won the eulogium of her Lord, “She hath done what she could.”

The gloom of the great sorrow that has fallen on our brother is relieved by the thought that she is at rest, and that he has left to him his stalwart son, a devoted daughter, and a faithful relative who keeps his house.

Louisa was baptised on 14 September 1834 at Aldworth, Berkshire. her mother was also called Louisa.

She married William Longhurst (1840-1921), a butcher, in the spring of 1867 at Reading, Berkshire. Census returns identify two children.