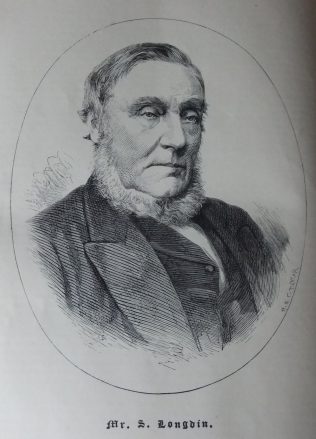 Stephen was born on 17 November 1798 at Manchester, Lancashire. His father, also Stephen, was a spinner. Stephen is recorded as a cotton spinner up to the end of the 1820’s and then is recorded as running a brass and iron foundry.

He attended the established church for the first two decades of his life. Stephen joined the Primitive Methodists circa 1822/3. By 1824 he was both a class leader and local preacher.

In 1832, Stephen represented Manchester at the District meeting. He was appointed to take a prominent part in investigating certain matters relative to the management of the Book Room.

Stephen replaced George Taylor as a member of the Deed Poll in 1843; George was the first of the original Deed poll members to be replaced. The esteem within which Stephen was held in the Connexion was reflected in him being one of the very few Presidents of Conference who were laymen. Stephen was elected President in 1849 at the Sunderland Conference.

Kendall records that Stephen had become a useful class leader in 1824. He also had possession of unusual preaching ability and a special aptitude for administration. Stephen was a leading figure in Manchester Primitive Methodism.

His obituary records that in his first 20 years as a local preacher he travelled about 12,000 miles to and from appointments. As a preacher he sought to expound the Scriptures. He was intelligent, practical and effective. ‘There was milk for babes and strong meat for men.’

He would sometimes say to one smarting under some grievance ‘Kneel down and pray until you can forgive your offenders. I can forgive everyone; there is no one against whom I cherish one unkind feeling.’