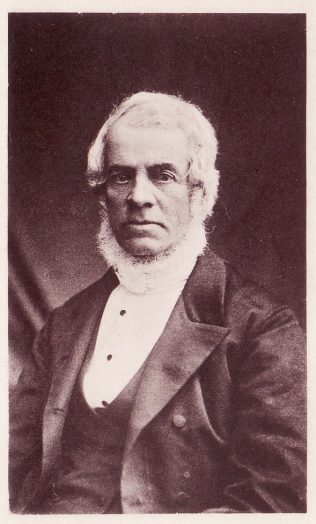 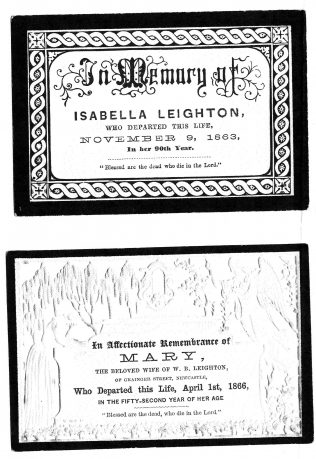 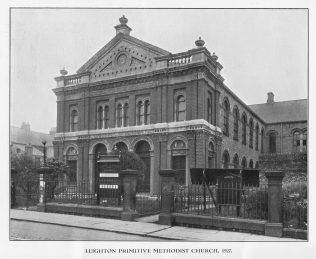 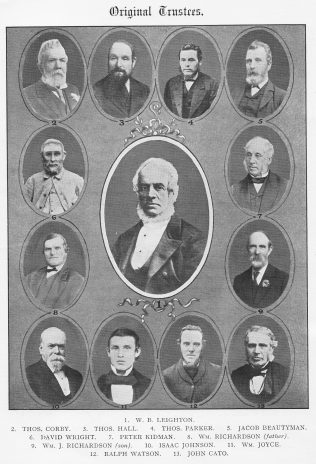 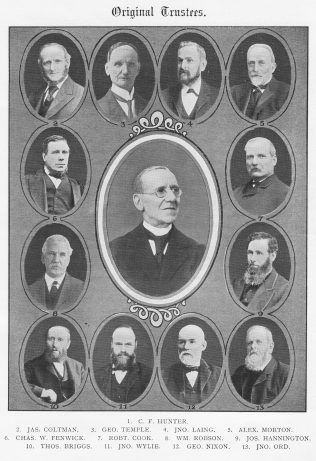 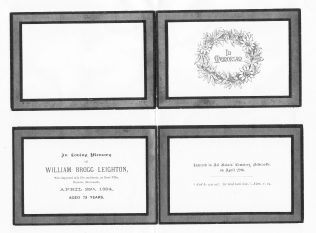 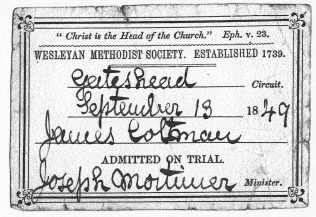 William worked as a printer and bookseller, building society treasurer (Northern Counties Building Society) and valuer. He carried on a country butter and egg retail trade on market days.

He was a member of the first School Board of Newcastle and a director of the Byker Bridge Company.

William was a pioneer of the temperance movement and a local preacher. His wife, Mary, was the first female in Newcastle-upon-Tyne to sign the pledge!

William started a Sunday School (of which he remained superintendent for fifty-one years) in 1829 and was instrumental in establishing the Ballast Hills chapel in 1841. (The chapel continued in existence until 1955) When a new place of worship was opened in 1877 it was named Leighton PM Church in recognition of William’s significant contribution to the cause. (The church closed in 1965.)

William married Mary Hedley (1814-1866) on 10 July 1836 at Longbenton, Newcastle upon Tyne. Census returns identify three children. See the attached obituary for Mary which provides an interesting insight into her life and death.

William died on 25 April 1884 at Newcastle upon Tyne, Northumberland.

There was no obituary in the Primitive Methodist magazine for William, which seems unusual for such a prominent Primitive Methodist. There is a hint in his probate record suggesting that at the end of his life there may have been some financial difficulties. His estate was relatively modest £172 and the executor was not one of the family but a creditor.

Note: James Coltman was a grocer by trade, becoming a city councillor and Justice of the Peace. Although he had been a Wesleyan in 1849, after his marriage he and his wife were prominent workers in the PM Church.