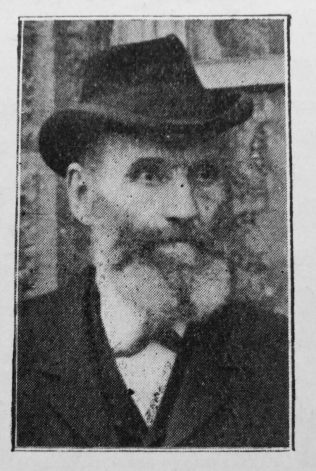 Transcription of Obituary in the Primitive Methodist Magazine by E. Quine

Brother Longden was born at Whitbrough, near Chapel-en-le-Frith, and spent all his life in the neighbourhood. He was converted forty years ago, and at once connected himself with our cause. He was soon in office, and helped to bear the brunt and burden of the church, sharing its obligations as well as its rights and privileges.

For over thirty years he was a local preacher. How much that means is known only to those who have helped to work this circuit as local preachers. It is hard to work now, but much worse before the opening of the Chinley railway. What stories he has related to me of his adventures – battling with the storms, crossing the mountains, buffeting his way through the Winratts, and struggling along the mountain road past Mam Tor. Many a time he would not get home till the early hours of Monday morning, and would then go to his daily toil after snatching two or three hours’ sleep.

Brother Longden took a deep interest in the children. For twenty-four years he was superintendent of the Sunday School. He was also a zealous temperance worker, and did good service in connection with our Band of Hope. For years he was Society Steward and class leader. He was a trustee of our chapel; indeed, there is hardly an office he has not held, and, what is better still, he has discharged the duties of those offices.

Not only was he a loyal member of our church, he took an interest in the welfare of the general community. For nearly twenty years he was a volunteer. He was a Freemason, a member of the Hospital Committee, and a trustee for the “Shepherds’ ” Friendly Society.

For the last nine years Brother Longden has been laid aside by bodily affliction. He suffered greatly, but was very patient.

A few days before his death he said to his wife: “Had I not sought the Lord when I was young, I could not do it now. I have no grace to spare.” His last request to his wife was: “Remember me to my old friends, and tell them to meet me in heaven.” He died in peace. His sun set in a fair sky. “May our last end be like his.”

Robert was baptised on 30 October 1831 at Chapel-en-le-Frith, Derbyshire. His parents were Robert, who worked the land, and Hannah.