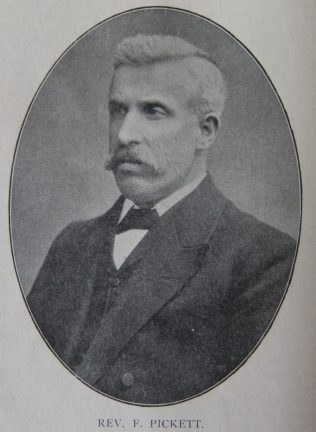 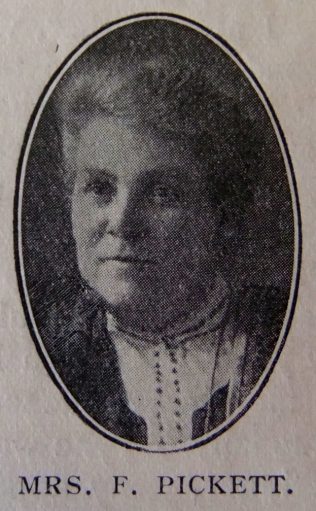 Frederick was born on 20 October 1855 at Wootton Bassett to parents Moses and Sarah. Moses worked as an agricultural labourer carter (1851), a labourer at a brewery (1861) and later as a grocer’s porter (1871).

At the time of the 1871 census, Frederick worked as a grocer’s porter.

Frederick joined the Wootton Bassett Society in 1873 and then moved to London in 1874 in pursuit of business advancement. As a local preacher in the Stepney Green circuit he was recommended for ministry.

His obituary records that Frederick was a wide reader and a clear thinker, he was a forceful expositor of the great evangelical truths. He was loved for his kindliness and consistency, and his through goodness of heart and disposition.

Frederick served in various district secretarial positions including Sunday School, Missionary, Equalisation Fund and Local Preachers’ Training Council. He served on the General Missionary Committee for eight years and spent a total of fifteen years on the General Committee, in several terms.

Whilst serving as secretary of the London Primitive Methodist Council, Frederick initiated and carried through a plan for assisting PM members moving to London to find the nearest PM Church. This enabled ministers to be notified of newcomers into their stations and enabled early visits, often resulting in improved retention of members on removal.