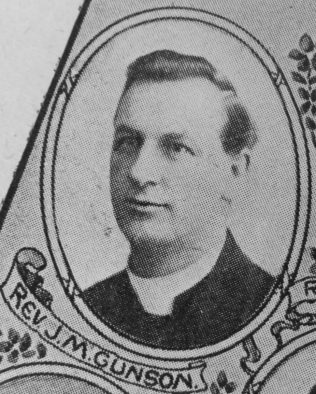 Born at Willington in 1880. He entered the Ministry of the Primitive Methodist Church in 1907 after training at Hartley College. He served in varying circuits, and in all he did excellent work, leaving increased memberships and reduced debts in all his churches.

He was a fine preacher with a passion for souls. There was nothing tentative about his teaching. He had strong convictions, and believed and declared that his faith had firm foundations. He was a diligent and kindly pastor. A good student, he loved books, nature, and all beautiful things, but above all he loved people and people loved him.

Young folk, attracted by his cheerfulness and friendliness, revered him for his personal goodness; older folk sought him for his sane counsel and understanding sympathy. In all the circuits in which he travelled there are many who remember him with affection and thank God for his ministry.

He retired to Brighton in 1945, but preached twice every Sunday until his sudden illness. He passed to higher service on 9th November 1949.

In 1901 John was working as a boot salesman.