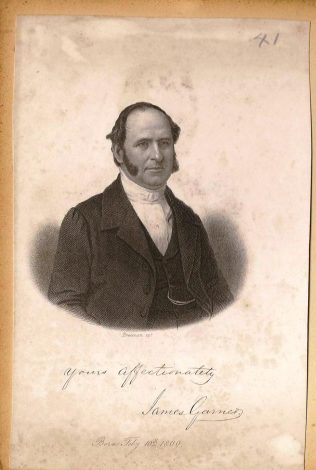 James was born on 10 February 1809 at East Leake, Nottinghamshire. James was the youngest son of John Garner and Elizabeth Chaplain.

James followed his older brothers, John and William, into the Primitive Methodist ministry.

It is reported that he excelled in the pulpit, on a platform and in conference debate. Arguably he was the most popular of the Garner brothers being sought after for special occasions. He preached over 1200 anniversary sermons and addressed over 1000 missionary meetings.

In relation to conference, it was said about James that few men whose speeches were marked with such brevity have wielded so remarkable an influence over the debates of conference.