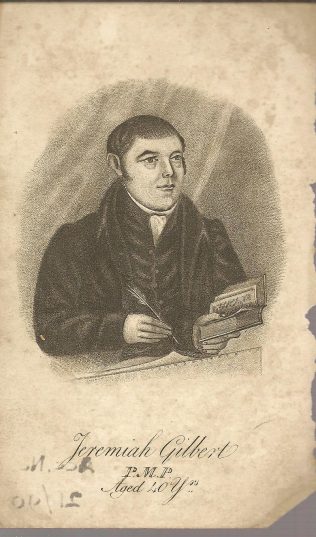 Jeremiah was born at Caunton, Nottinghamshire in 1789.

Jeremiah had many tribulations whilst preaching in the open-air. He was arrested and imprisoned at Bolsover, Derbyshire, the very first Sunday he began his ministry among the Primitive Methodists (18 May 1819). He recorded in his journal, in June 1820, that in the previous fifteen months he had been taken before the magistrate for preaching the gospel six or seven times. He writes; ‘but I have never lost anything but pride, shame, unbelief, hardness of heart, the fear of men, love of the world, and prejudice of mind. I have always come out of prison more pure than I went in.’

In 1819 the Nottingham circuit extended its reach to Sheffield. Jeremiah missioned in Sheffield and the neighbourhood. Among those converted at this time was Thomas Holliday. Kendall gives Jeremiah the honour of being recognised as the pioneer in the Connexion in Hallamshire.

Petty (p121ff) quotes extensively from the journal of Jeremiah covering May-July 1820. Extracts from Jeremiah’s journals can also be seen viewed as an e-book here.

Further information can be gleaned about the impact of Jeremiah by following the links to the primitive Methodist history of Clowne and Bradwell in Derbyshire.

Jeremiah was the lead missionary to North Shields for two years from 1823 conference. He worked out of Union Street Chapel which was centrally situated. Whilst it was well attended at that time, by the mid 1830’s when, Mary Porteus was there, she had to seek leave to carry out an extensive tour through Yorkshire and Lincolnshire in order to raise funds to cover her stipend and other expenses.

Jeremiah was also influential in early camp meetings in the Sunderland area in 1823.

The 1851 census records that Jeremiah earned a living as a grocer after he had retired from the ministry.