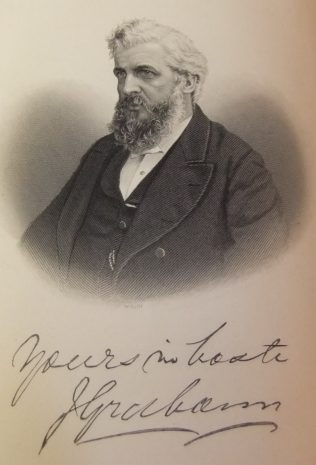 Joseph was born on 25 February 1830 at Littlemore, nr Glossop, Derbyshire. His father was a local preacher. At the age of 10, the family moved to Marple, Cheshire.  His parents regularly entertained early PM preachers in their home, including Hugh Bourne.

Joseph was converted at the age of 18 at a cottage prayer meeting under the ministry of Rev George Kidd.

He spent 18 months as a local preacher before commencing the itinerant ministry in Manchester in 1850.

In 1872, Joseph was sent to South Australia, travelling on the Liberator along with Emmanuel Masterman. After a couple of years, his health failed and he had to return home.

Joseph was Treasurer of the Preachers Friendly Society for 5 years.

His obituary records that his sermons were often able and eloquent, but always earnest and evangelical.