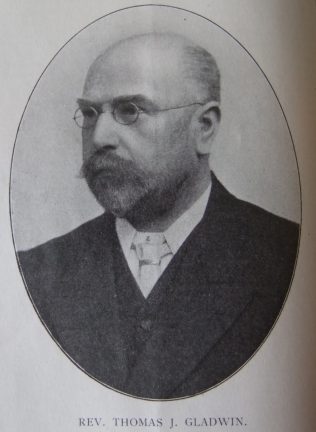 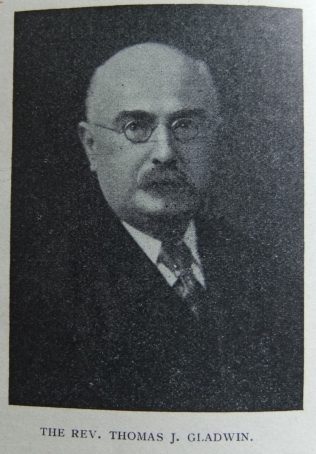 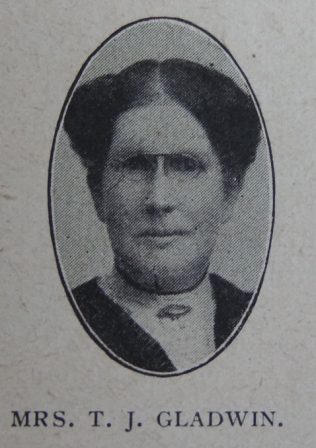 Thomas was born on 17 August 1858 at Shildon, Co Durham to parents Stephen Gladwin and Ann Duke. His mother was a step-daughter of Thomas Russell.

When he was eight years of age the family moved to Darlington where his father, originally a coal miner, had become the town missionary. The family became associated with the Rise Carr society. Thomas was one of the first scholars in the Sunday School and his conversion and early work as teacher and local preacher were all connected with that society. At the age of nineteen, Thomas was requested to prepare for ministry by Hugh Gilmore.

His obituary records that Thomas won a great reputation as a preacher. He had a style all his own. Theological speculations had no attraction for him. His doctrines were rooted in experience.

His best circuit work was done at Harringay where he pioneered the erection of a new church and left a flourishing congregation.

Thomas spent some time as the Secretary of the Local Preachers’ Aid Fund.

Thomas succeeded Robert Hind as Secretary of the Chapel Aid Association and Insurance Company in 1911, a role he held until his death.