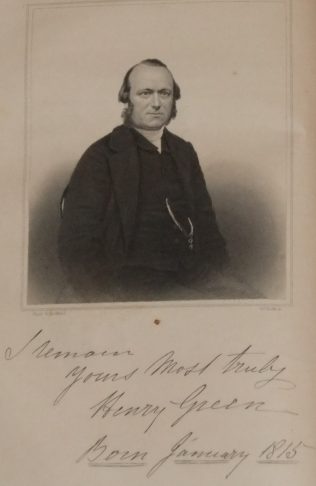 Henry was born on 21 January 1815 at Tichborne, Hampshire to parents George and Sarah. He was baptised on 30 January 1815. His boyhood was spent at Ovington, Hampshire. Henry joined the PM society in April 1832 and was appointed to preach in December 1832.

The Sydney Street Primitive Methodist Church, Wellington, was founded in 1847, when the Robert Ward, the pioneer Primitive Methodist minister in the Colony, came down from New Plymouth to prepare the way for the first resident minister, the Henry Green. Thirty-four members were reported at the first Quarterly Meeting, held in September 1847. Mrs. Green established and taught a day-school. The original building was a sod church, which was shaken down by the earthquake of 1848. A weatherboard structure then erected did duty till 1858, when a more pretentious edifice was built.

In 1856, Henry’s health failed in New Zealand and he started the long journey home. However, after the voyage to Newcastle, NSW, his health was much improved. The necessities of the Newcastle station were pressing and Henry was induced to supply there for a time until proper arrangements could be made. The 1858 conference appointed him the Newcastle and his labours were acceptable and useful.

His obituary records that the enthusiasm of a missionary burned with a clear strong flame to the end of his days.

Memoirs of a Primitive Methodist: Eventide, Memories and Recollections, 1855

Henry married Ann Goodwin (b abt 1809) in the spring of 1844. Ann was a female travelling preacher from 1832 until she married.

Henry became paralysed in 1869 leading to his superannuation. His wife Ann became blind in her later years, an affliction attributed to her missionary work.