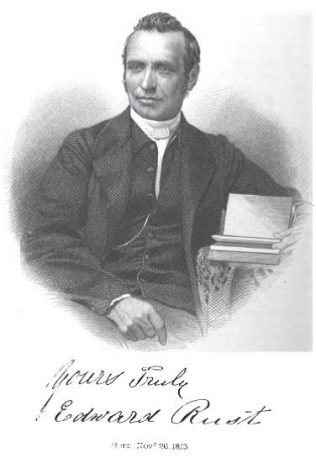 As a young man, Edward was of an exitable nature, which exposed him to the temptation of sin. He was converted through the Primitive Methodists when he was 21. Edward moved to Lynn where he became a local preacher.

Petty records that Edward joined the Saffron Walden mission in January 1843. He worked on that mission for two and a half years. During that time there was an increase of two local preachers, four places of worship and 102 members of society.

Edward’s obituary records; ‘In his prime he was a man of much energy, capable of great endurance and abundant in labour. His ambition was to save souls, and promote the spiritual interests of his stations. He was very attentive to circuit business. He loved the Connexion, and gloried in its history and work.’

After his superannuation, Edward moved to Crook to live with a daughter. A stroke in 1884 prevented him from further preaching.

J Petty, The History of the Primitive Methodist Connexion, 1880, p433