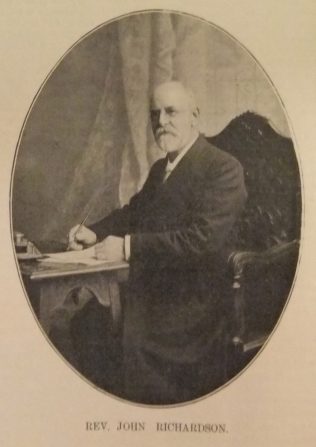 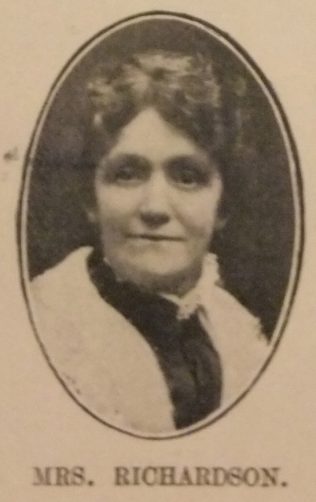 John was born in 1849 at Hartlepool, Co Durham. John was orphaned when very young. Some friends cared for him, but early in his teens John had to depend on his own exertions for a living.

John’s first acquaintance with the PM Church was at South Bank in the Eston circuit. Subsequently he moved to the Shotley Bridge circuit from where he was recommended for the ministry.

In the Sunderland District John served as Sunday School Secretary, and twice as Secretary of the District Meeting.

During his ministry, John built chapels at Seaton Delaval and Trimdon Colliery.

As a preacher John was calm, thoughtful and instructive, and encouraged the faith and love of his people.

His obituary records that John was a sunny spirit; he brought cheer with him wherever he went, The clear, soft voice, musical to the ears was typical and revelatory of the whole man. His characteristic role was that of peace-bringer. He had a genuine vein of quiet, chuckling, twinkling humour

John had a taste for music, and was associated with William Heslop as Organising Secretary of the Darlington Psalmody Association.

John married Elizabeth Milner Clarke (1851-1924) in the summer of 1876 at Easington, Co Durham. Elizabeth was the daughter of Rev Peter Clarke. She was able to play the organ and piano. Census returns identify six of seven children.