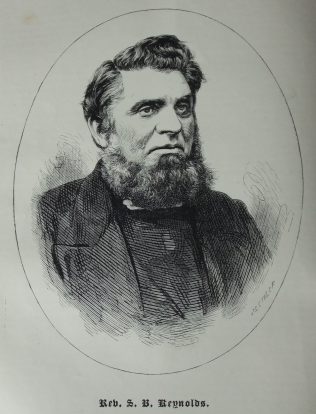 Samuel was born on 24 August 1825 at Buxton, Norfolk. Samuel’s parents worked on the land. The only education Samuel received was in the village school. In his early teens Samuel found employment in the railway service.

Samuel became a hired local preacher in the Pontefract circuit in 1850.

His obituary records that he had a fine physique, capable of great endurance, and without stint or self seeking he gave himself to ‘the work of an Apostle’. Great hearted, he was tender, ever prepared to assist the unfortunate and suffering. Nevertheless, no-one could be more severe upon the wayward and negligent.

His bent was eminently evangelistic, and his supreme concern the glory of God in the salvation of men.

He was a capable circuit minister and could be relied upon in cases of difficulty or pressure. Samuel was Secretary to the General Chapel Fund Committee for several years.