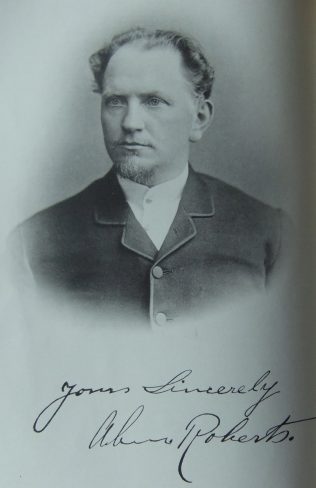 Abraham was born in 1845 at Barrow, nr Clitheroe, Lancashire to parents Richard and Elizabeth. Richard was a calico printer. At the age of six, he went to work in the shop of a black calico printer. He went on to develop a successful business, initially as a cabinet maker and later as a draper in Clitheroe.

Abraham was a 3rd generation Primitive Methodist. His grandfather had given hospitality to Rev Robert Hill, who first missioned Clitheroe.

On three occasions Abraham represented the Liverpool District at Conference. He also attended the Methodist Ecumenical Conference in the USA.

The 1891 biography in the Primitive Methodist Magazine reports that he was an acceptable local preacher and a keen supporter of Sunday School work. He became a member of Clitheroe Council.

Abraham presided over the 1891 annual meeting of the Missionary Society.