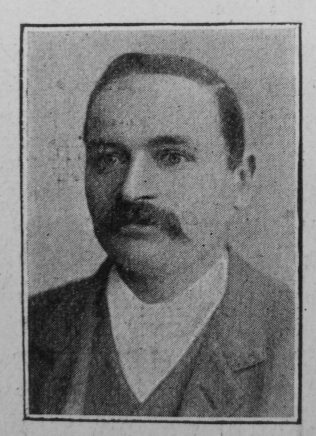 Transcription of Obituary in the Primitive Methodist Magazine by J.S.W.

The Northwich Station has sustained a grievous loss in the death of Mr. Thomas Rowland, of Forest Hill Farm, Sandiway. So far age years were concerned he was still in the prime of life. He was born at Old Moss, near Chester, on the 24th September, 1856. He was brought up in the atmosphere of our Church, as services were conducted in the home of his grandparents at Duddon. His parents too were Primitive Methodists. He himself, and three of his cousins, became local preachers. As a youth our late friend was of a retiring disposition, and very studious in his habits. In due time he entered upon his apprenticeship as a builder, and having completed it he was appointed inspector and clerk of the works of the Huddersfield Sewerage Works. Subsequently he became Engineer and Surveyor and Sanitary Inspector to New Mills Local Board. From thence he passed to a similar position at Mytholmroyd; and later still he was promoted to be Chief Engineer and Surveyor to Louth Corporation. Here, unhappily, after two years’ Work, his health began to fail, and he retired to Chester for rest and recuperation. Finally he came to Sandiway, and at once joined our little village church at Brynn where he soon made his presence felt for good. For the last seven years of his life he was a pillar in the House of God. He and his family were a great accession to our society. An old-standing debt on the chapel was speedily wiped off, and the premises were thoroughly renovated and beautified, at a cost of about £100.

Brynn Chapel is one of the oldest in the Connexion, having been built as far back as 1819. A Sabbath School was established, and is now being vigorously sustained by a number of devoted young men and women. The last school anniversary realised the very creditable sum of £14. Mr. Rowland himself, by giving and soliciting subscriptions, added considerably to the success of the effort. It was a great joy to him at the close of the evening service to express the thanks of the teachers and friends for the generous gifts which had been received. On the following Sunday, July 31st, Mr. Rowland preached at Winnington. This was his last Sunday’s work as a preacher. He attended his class on the ensuing Tuesday, and this proved to be his last opportunity of visiting the sanctuary he loved so well. On the day when prostrated with his fatal illness, he inspected our chapel at Castle, where alterations under his supervision had been made. The work was practically finished, and as architect he measured up the work in order to advise the trustees. Oh returning home he was suddenly seized with agonising pains, which continued more or less for a fortnight, and proved intractable to the best medical skill. His strength rapidly diminished and his release came on August 17th. We had fondly hoped that a life so precious would have been spared to his sorrowing wife and family, as well as to our church. On the 20th August he was interred in the churchyard at Kelsall, amid many signs of deep sympathy and sorrow, The Revs. L.J. Harvey (recently of Northwich) and J.S. White (present superintendent) officiated at the funeral service, which was held in our Brynn Chapel.

A memorial service was conducted on September 11th, by his old friend, Mr. J. Henshall, of Davenham, under whose supervision Mr. Rowland first exercised his gifts as a preacher. The chapel was crowded, and the choir sang that old favourite, “Vital Spark.” The people were greatly interested to hear Mr. Henshall’s reminiscences of his life-long friend and co-worker. Mr. Rowland has left a fragrant memory behind him, and his respected widow, and son and two daughters have our earnest prayers for their future guidance.

Thomas was baptised on 26 November 1855 at Tarvin Parish Church, Cheshire. His parents were George, who worked the land, and Sarah.

At the time of his marriage (1879), Thomas’ occupation is given as bricklayer.