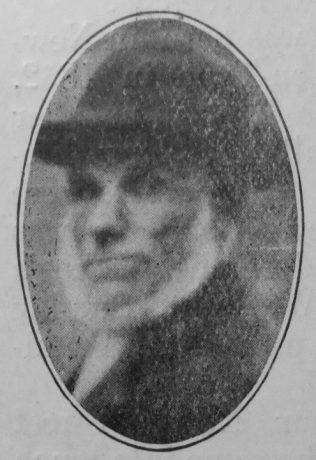 Mr. Rands was for many years a valuable member of our Church at Wootton in the Barton-on-Humber Station.

Although unpretentious, his near neighbours and those who transacted business with him looked upon him as a fine Christian. His influence upon the members of his family and his neighbours was such as to lead them to highly respect the church of which Mr. Rands was an honoured member. He had a deep experimental knowledge of spiritual things, which enabled him to have great enjoyment in the preaching of the Gospel and the most spiritual meetings held in our Church. His esteem for ministers and local preachers was high, and he had great delight in entertaining them at his house when they visited his village, and we know that many of these heralds of the Gospel formed high opinions of his goodness.

As caretaker of the chapel he had joy in making the House of God warm, clean, and well lighted, and in this way he did a great deal of good.

The illness that led to his death was brief, but like a good and faithful steward he was prepared for his Lord’s coming, and none who really knew him can have doubt as to his everlasting safety.

His beloved widow and daughters experience much grief on account of the loss of so excellent a husband and father, but they find much comfort in the manifest. sympathy of all classes and especially in the abiding presence of the eternal God.

May they and all the members of our Church meet our departed friend in the Paradise of God.

James was born in 1840 at Wootton, Lincolnshire, to mother Mary. he was baptised on 13 March 1840 at Wootton. The 1851 census return records him living with his grandfather, also James, who worked the land.

He married Emma Kitchen (1848-1930) in the spring of 1873 in the Glanford Brigg Registration District, Lincolnshire. Census returns identify five children.