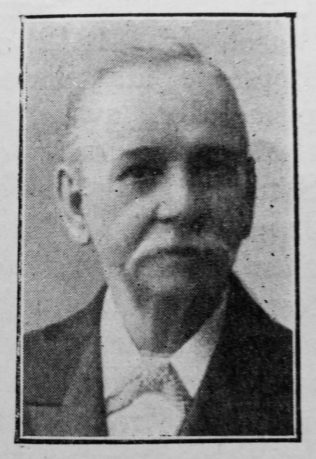 Transcription of Obituary in the Primitive Methodist Magazine by G.T.C.

It was during the Hull Conference in 1874 that Darley Rookledge was led definitely to surrender himself to the Saviour. He at once joined our Jubilee Church and became a teacher. His best years of service, however, were associated with Ebenezer Church, Springbank. One of the first trustees, the Trust secretary, a class leader and Society steward he did much hard work, and greatly rejoiced in the prosperity which followed.

On his retirement through ill-health a resolution was forwarded him by Rev. H.J. Pickett on behalf of his brethren expressive of their high appreciation of his character and long and unwearied devotion to the various interests of the Church. At Cottingham he served our Church to the utmost of his power. On his return to Hull he was re-appointed Trust secretary, and assistant class leader. Another breakdown necessitated a removal to Hessle, where he was regular in attendance at the services, and by his cheery disposition and fine spiritual experience, and visitation of the sick and aged, rendered excellent service.

In 1905 his health permitted his return to the city and he joined our Bourne Church. An accident was the cause of his last illness, and on May 18th, 1906, he entered into rest. Rev. G.T. Chappell conducted the funeral service and paid a sympathetic tribute to the worth and work of our brother. In God’s Acre where lie the remains of Clowes we laid him to rest. Those who knew him best knew that his faith, sincerity and kindliness had their secret springs in his Lord and Saviour. We are thankful for the inspiration of so faithful and devoted a life, and pray that our Father, whose wisdom never errs, and whose love never fails, may comfort and sustain the bereaved widow and family.

Darley was born in 1836 at York, Yorkshire, to parents John, a brush maker, and Rosa.

Darley followed in his father’s footsteps as a brush maker.