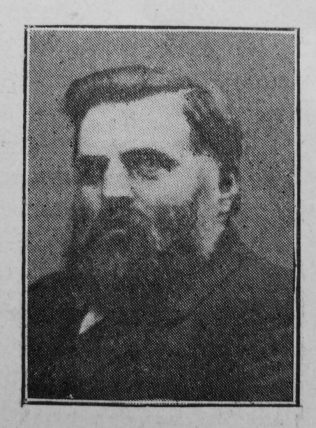 Transcription of Obituary in the Primitive Methodist Magazine by W.S.W.

The Veiled Angel, whose visitations bring sorrow into our festive homes, beckoned George Reynolds on November 19th, 1904, and he followed by the sombre way to the shining gates of life. Heaven’s high company is enriched In measure to earth’s impoverishment, and our weeping is translated into song above. A disciple whose faith and footsteps faltered not, in blossoms or in briers, has entered the abiding sanctuary.

Born at Rainton on Wearside, in 1850, George Reynolds inhaled the fragrance of a holy home, and in early years seeds, which afterwards yielded fruit and flower, were embedded in his heart. In March, 1881, an epoch in his life and service is marked. There are few records of the intervening years, but we judge that an altar would be the appropriate symbol of his experience. In prayer and worship and dedication the strength that most surely sustains in the arena was woven into his soul. But on this date he is appointed a messenger of the Evangel in the Spennymoor Circuit. Some years later he became a resident in Sunderland and attended the Carol Street Church, being much blessed under the ministry of the Revs. W. Jones and J. Hallam. It was here that the passion for toil in the Sunday School was aroused into a transfiguring flame.

In the most winsome consecration he stooped to serve the children. His heart poured radiance through his countenance and gave music to all his words, so that the little ones rejoiced in his control. Through all the succeeding years this devotion burned like a sacred fire.

In fulfilling his vocation our friend was frequently absent from home for many weeks together, and in his journeys touched most of the large centres of England. Whenever possible he attended a Sabbath School. These occasions were a precious sacrament when home was distant. Oftentimes the “joy of harvest” thrilled his heart in seeing the entrance of his scholars into beauty of character.

In 1897 Mr. Reynolds left the North for the South and passed into membership with our Church at Cherry Orchard Road, East Croydon, and in 1900 he came to Darlington where he subsequently resided. The chariot of death came swiftly to his gate. On the Sunday evening he was worshipping at our Greenbank Church and uniting in the songs of the Church Militant. On the succeeding Sabbath he had ascended to the Sanctuary of which others are the fading types.

North, South, East and West showered tribute. The pain of bereavement was intensified to the dear wife and daughter by the scattered sunbeams of his life returning from memories in which they had long been treasured. From the business house he served there came a letter bearing witness to the stainless honour of the long association. Commerce sent its wreath to this Christian. Homes which he had visited for years were pierced by an arrow of grief. To them the passing of George Reynolds was as the destroying of some holy festival. With what tenderness must we speak of the hearth most shadowed, and over which the bereaved ones weep! The home circle was the inner temple where the sweetness and nobility of his disposition were most revealed. It was as the home in Bethany in which the Christ was beloved. Now that it has been turned into a Gethsemane may the Redeemer Himself be the Strengthening Angel.

George worked as a commercial traveller in cattle feed.