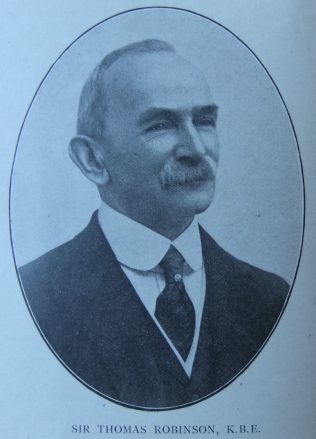 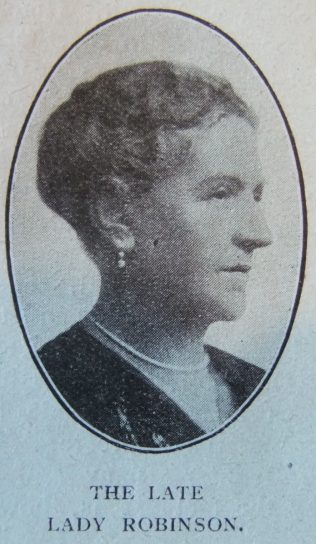 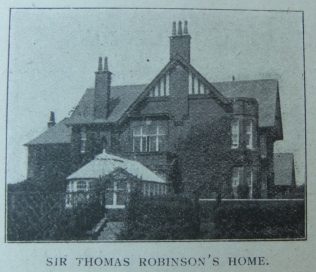 Thomas was born on 23 January 1855 at Cleethorpes, Lincolnshire, to parents John and Betsey. John was a fisherman.

He received his early education at the National School, and later at Humberstone School, an old foundation later transferred to Old Clee Grammar School.

Thomas began his working life, when a little over fourteen years old, on a small fishing smack. By the age of nineteen, he was qualified to act as skipper. Before long he sailed not only as skipper, but as owner of his own, larger craft.

His father-in-law with his boat and crew were lost at sea. Thomas himself suffered a serious accident. As a consequence of serious persuasion by his wife, Thomas sought a position ashore. He opened a business as a fish merchant and fish salesman, leaving to the charge of others his fishing vessels. Later when the time came for the change over from the fishing smack to the steam trawler, Thomas was one of the first to discern the possibilities of the new order.

Thomas secured a prominent position in the fishing industry and was frequently appointed one of the trade’s representatives in the many sided matters that require counsel.

As a boy, Thomas attended Sunday School and at the age of eighteen, he became a member of the Church. For thirty years, Thomas served the Sunday school as assistant superintendent and teacher. He became a class leader and trustee.

Thomas served on a number of Connexional Committees, including the Centenary celebrations and the Jubilee of African Missions. He also served as a director of the Insurance Company and Chapel Aid Association.

However, Thomas was best known in the Connexion for his work regarding the Orphanages. From 1908, he served as Treasurer of the Orphan Homes Fund.

Thomas was Vice-President of Conference in 1923. This was also the jubilee year of his membership.

Contribution to the Community.

Thomas became Chairman of the Governors at his old school.

During WW1, the Government appointed Thomas as Technical Adviser to the Department of Fisheries. He served on committees relating to supplies. For this eminent service he received his knighthood.

Thomas gifted two Almshouses at Cleethorpes  and served for many years as a vice-president of the Port of Hull’s Society’s Sailors’ Orphan Homes, where some three hundred orphaned children were cared for.