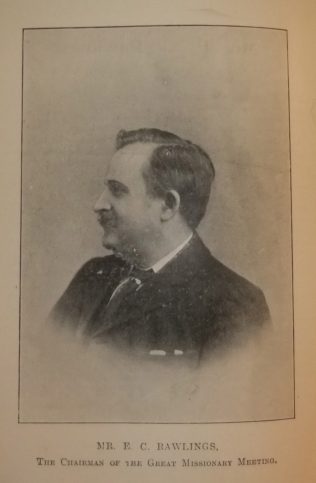 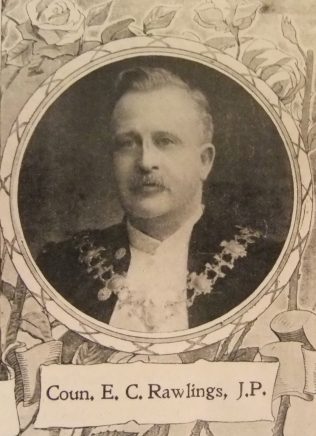 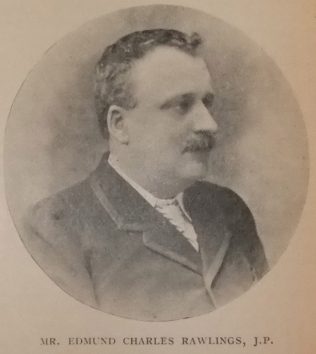 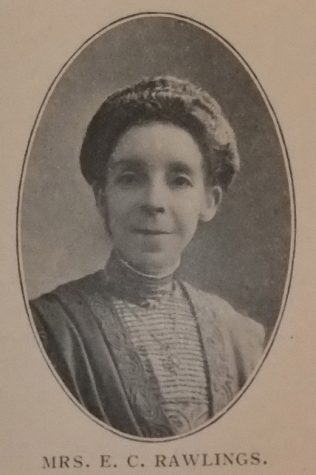 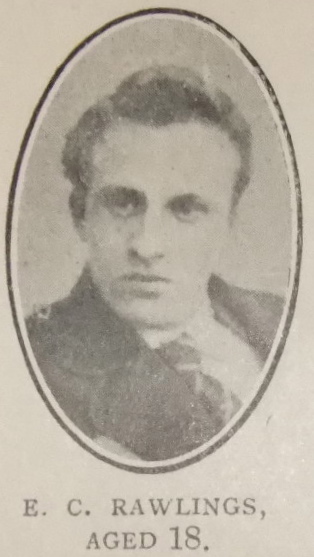 Edmund was born on 11 December 1854 at Wallingford to parents Edmund Rawlings and Susannah Cock. Edmund senior was a PM Minister.

After leaving school, at the age of fourteen, Edmund went to London. Ten years later he became a solicitor and from 1879 onwards occupied offices at 2, Walbrook Street, E.C., and built up a large practice. His partner Mr S Alford Butt was the son of Rev G.E. Butt, a PM Minister.

Edmund was particularly associated with the Dalling Road Church in Hammersmith. He was a Sunday School Superintendent for over twenty years. During the same period he was also Circuit Steward.   He served as Vice President of the C.E. Society and was a local preacher.

Edmund was Treasurer of the London Church Extension Fund. Edmund shared with his partner the honourable designation of ‘Connexional Solicitor’.

Edmund was Chairman of the Metropolitan Missionary Meeting in 1903 and was elected Vice-President of Conference in 1905.

Edmund was elected a Hammersmith Borough Councillor at the first Borough Council election. He stood several times as a County Councillor as a Liberal Candidate without success. Edmund became an Alderman and served as Mayor of Hammersmith. He also stood in the 1900 Parliamentary election in the North Islington constituency. Edmund also served as a Justice of the Peace for the County of London.

Edmund married Amy Yates (1857-1914) in the summer of 1879 at Wilton, Wiltshire. Census returns identify two of their three children.