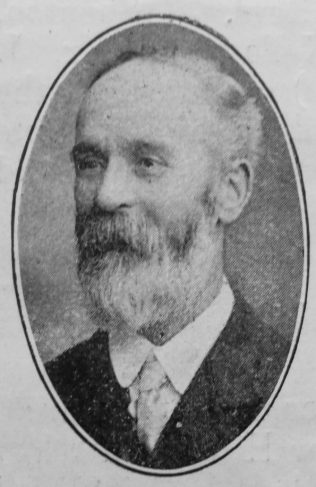 Transcription of obituary published in the Primitive Methodist Magazine by G.P. Maynard

Samuel Goodwin was born in Derby in the year 1848, and passed away on March 18th, 1908. As a boy he was a scholar in a Free Methodist Sunday School, but afterwards joined a Bible Class in connection with the Established Church. His real attachment, however, was to Methodism, and at the time of his marriage he returned. Coming to live near the Central Church about the time when it was opened in 1878, Mr. and Mrs. Goodwin commenced their long and close attachment and earnest devoted service to that church. He was deeply interested in all that pertained to the Church’s welfare, ardently desiring and diligently promoting its success. He had a lofty ideal of Christian manhood, and a high sense of duty. He counted any service for the Master a privilege.

The work he loved best and was best fitted for was the work of the Sunday School. For several years he has had charge of the women’s Bible Class, and he won the esteem of every member of the class. He was a good husband and father, for he was a genuine Christian. Rev. J.T. Horne, one of his close friends, writes: “I found him to be good, sincerely good, and a devoted worker in the cause of Christ. He was not one to parade his feelings, as some do, but deep in his soul was an abiding assurance of his acceptance through Christ.”

He was laid to rest in the Derby Old Cemetery, near his home, on March 21st, after a very largely attended service in the Central Church, conducted by Mr. W. Titterton and the writer. We commend the widow and daughter and sons to God’s safe keeping, and look, with sure and certain hope, to meet him again where there are no partings and no shadows.

Samuel was baptised on 28 January 1849 at Derby, Derbyshire. His parents were Samuel, a carpenter, and Ann.

Samuel worked as a joiner.