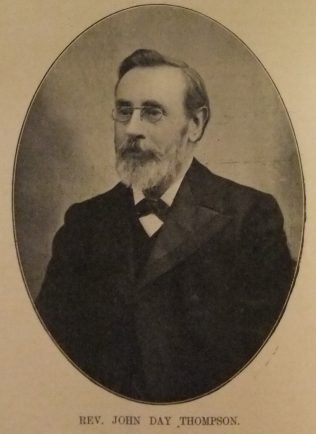 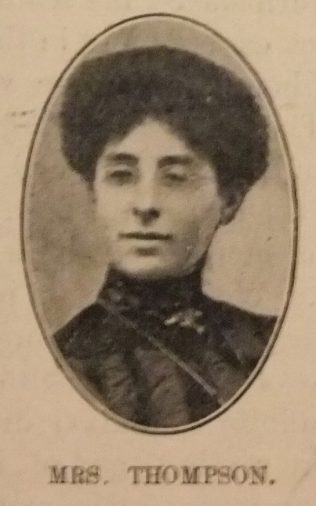 John was born in 1849 at South Shields, Co Durham to parents Alexander Thompson and Sarah Ann Day. Alexander was a labourer. John’s grandfather was Rev John Day. John was baptised on 24 June 1849.

Prior to entering the ministry, John was apprenticed to a firm of analytical chemists.

John was the subject of the Connexion’s one case of heresy, brought before the 1896 Conference, held at Burnley, Lancashire. Whilst in Adelaide, John gave an address in 1894 on ‘The Simple Gospel’ in which he attacked the view that it was the duty of ministers to proclaim ‘the Simple Gospel and leave on one side critical questions’ and what came to be called ‘the Social Gospel’. This view was attacked as a deviation from Methodist Doctrine. The main opponents were two former principals of the Manchester Theological Institute, James Macpherson and Joseph Wood. When Conference was asked to adjudicate on the matter, an overwhelming majority resolved that no action be taken on the matter. This case represented a watershed in the transition from early Primitive Methodist evangelism based on the inerrancy of the Scriptures and the cultural revolution in the attitude to biblical interpretation that followed the appointment of Arthur Peake as tutor to the Manchester Theological Institute in 1892.

John was essentially a preacher, and, unlike some who find themselves hard pressed to get ready for the pulpit, he was often so filled with his message that he found himself longing for the opportunity of delivering it, and his congregations were just as eager to hear him. There was in his style an earnestness and a freedom that made his preaching very attractive.

In the period leading up to his death, John was editor of the Holborn Review.

The doctrine of immortality: its essence, relativity, and present-day aspects , 1908 (Hartley Lecture, 1907)

The miraculous river: the story of our church for young people

John married Kathleen Mary Elizabeth MacMahon (b abt1864) in the summer of 1900 at Liverpool, Lancashire.