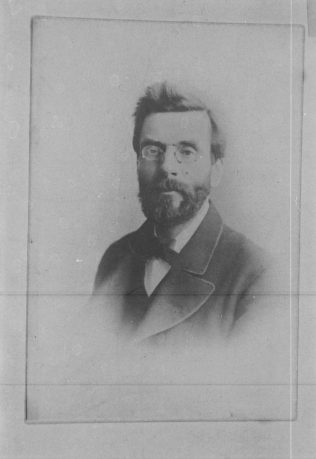 THOMAS TURNER was born at Old Hill, May 20, 1847. He was the child of Christian parents, and brought up under the teaching and influence of Primitive Methodism. Attendance at school, the preaching services, and the prayer meetings was regularly and strictly enforced. Thomas grew into a very sedate youth, and free from the immoralities of life. It was not, however, till he was about 16 years of age that he was brought savingly to the feet of Jesus; but from the time of his conversion to the hour of his departure he sought the honour of his Master and the prosperity of the church.

The evident piety, studious habits, and the ability of our brother to instruct in righteousness, convinced the officials of the Old Hill circuit that God had called Thomas Turner to the honour and responsibility of the ministry. His first circuit was Birmingham, and subsequently he travelled the Winsford and Tarporley, Talke, Oswestry, Crewe, Leek, Winsford (second time), Leintwardine, Southampton, and Leintwardine (second time) stations. On all these circuits he was much esteemed by those who had the ability to appreciate true manliness of character; the esteem of others he never valued.

His ministry was of more than ordinary breadth and power, intelligent, devout, practical, and extremely helpful. In the exercise of discipline he was careful and faithful, a high sense of the fitness of things, and rare powers of penetration made his judgment of men and matters accurate and reliable. The one purpose he kept steadfastly before him was the education of his conscience and the perfection of spiritual life; no power on earth could induce him to play false to his convictions. For a number of years he was not in good health; this affected him in several ways, preventing his longer stay on several stations, making it impossible to do all the work it was in his heart to do, and inducing occasional irritableness and melancholy.

The last year of his life was a period of much weakness and painfulness. Everything the kindness of very attached friends could suggest and all that skill could do was done, but only to smooth the passage to the grave. The end came on July 17th. After thanking his friends for their excessive generosity, the doctor for his manifest anxiety, he calmly bade them farewell, and then, commending his wife and children to the mercy and faithfulness of God, he fell asleep in Jesus, and was delivered from the pains and frailities of this mortal life. The unvarying testimony to the reality, value, and beauty of religious life was acknowledged by those who visited him from time to time.

Before entering the ministry Thomas worked as a coal miner (1861).

Note: Irene Vincent, a great grand-daughter of Thomas, has a copy of the birth certificate which gives his birth date as 28 May, not 20 May as stated in the obituary.