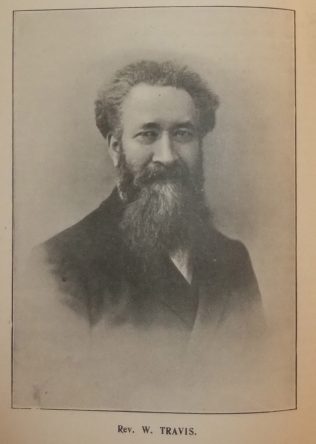 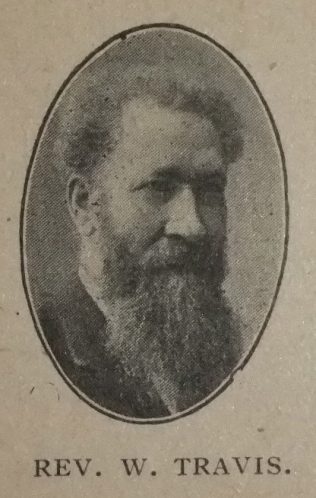 William was born on 9 April 1843 at Liverpool, Lancashire to parents Thomas and Agnes. His parents were Primitive Methodists, members of the Maquire Street Society. Thomas worked as a boot closer. William followed his father’s trade before entering the ministry.

Following his conversion at the age of fifteen, William worked in the Sunday School, led prayer meetings and cottage services. In association with Mr John Caton, he undertook in open-air mission work in various parts of Liverpool. After one quarter ‘on note’, at the age of sixteen, William was placed on full plan as a result of his exceptional gifts and aptitude for public speaking and his diligence in cultivating his intellectual powers and spiritual life being recognised.

William held the position of chaplain to the Mayor of Morley, Alderman S Stockdale, during his two years of office.

William’s obituary records that his genial and buoyant temperament, bright and breezy manner, and his face beaming with good nature, made him a striking and attractive personality. For many years he was an outstanding figure as a preacher and lecturer, especially in Lancashire and Yorkshire. He possessed a fine, flexible voice, and a fluent and forcible delivery.

The temperance cause, Christian Endeavour, and all other movements in the interests of the young, had his warm sympathy and vigorous support.