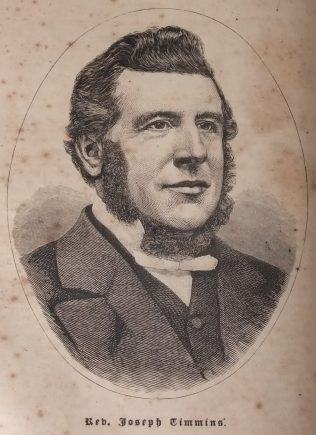 Joseph was born on 26 September 1829 at Holly Hall, Dudley, Staffordshire. His mother was an Anglican.

Joseph was mainly self-taught. As a youth, when he started work, he ‘went astray’. He was converted at Brierley Hill through the preaching of John Graham. He became a Sunday School teacher and later a local preacher.

Joseph’s obituary records that he saw an increase on all his stations.

He was an earnest and early worker in the great cause of temperance.

Rev J Huff writes; ‘As a preacher and lecturer he was unique. He was a natural; he was himself. He was popular in style, and sound in doctrine, and successful in the conversion of sinners, and in building up the church in it’s most holy faith.’

Joseph married Margery Buckley (1844-1905) in the summer of 1872 at Stockport, Cheshire. Census returns identify one child.

Preacher of Thirty Years Ago (317 KB Adobe Acrobat document, opens in a new window)
Transcription of an article in the Christian Messenger 1913