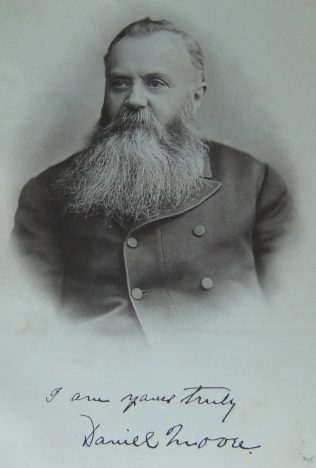 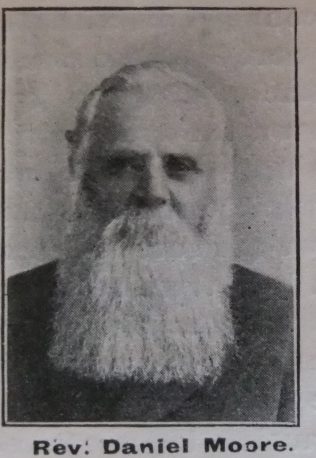 Daniel was born on 2 August 1835 at Theddlethorpe, Lincolnshire. Both parents were Primitive Methodists.

Daniel was one of a large family and was sent out to work aged 8. His father died in 1851 after an illness lasting some seven years.

Daniel made his decision for Christ in 1850 under the ministry of Henry Woodcock. In the spring of 1853 he went on the plan as an exhorter. In October 1858, Daniel was induced to enter the itineracy.

In his first appointment at Barnsley, with Rev Robert Smith, there was an increase from 372 to 680 members. Daniel became superintendent in 1870 at the Knaresborough and Harrogate station. At York Daniel had a serious breakdown of health. On doctor’s advice subsequent appointments were in the south of England.

The 1890 biography describes Daniel as a plodder. All along he has felt the disadvantage of limited schooling. His is not the literary nor oratorical mind. But whatever defect of brilliancy there may be, it is more than compensated by his practical usefulness.

Daniel died on 24 October 1902 at Whitstable, Kent and was buried at Canterbury, Kent.