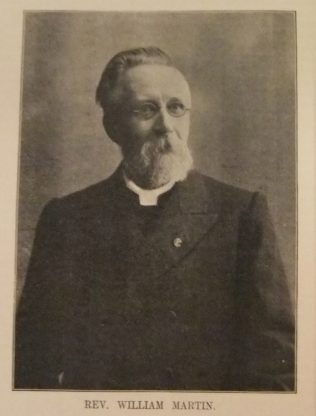 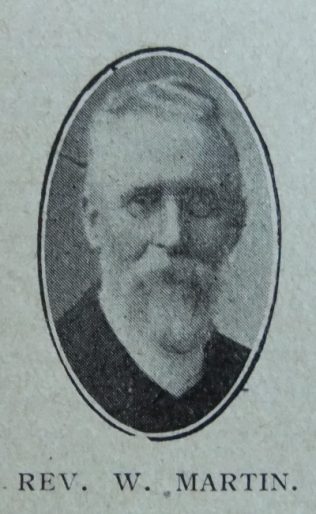 William was born in 1846 at Chatham, Kent to parents John and Louisa. He was baptised on 28 February 1847 at Chatham. His parents were so poor that they could not afford to send him to school and he started work when nine years old. His only mental training came through Sunday School.

William was converted when aged fifteen and immediately became on of the Sunday School teachers and secretary of the school. The Quarterly Meeting requested him to become a local preacher, and though he felt that he lacked the educational training that was desirable, he responded to the call. Within three or four years the General Missionary Committee called him to enter the ministry of the Church.

Between 1873 and 1909, circuit records identify that every circuit had an increase in membership during William’s appointment. The largest increase was recorded at Downham, where over three years, membership increased from 583 to 692.

If not an orator, William was an attractive and interesting speaker, his discourses being evangelical and illuminating. In his earlier years his singing messages were a welcome feature. He was called “the singing Martin”.

As an administrator, William was careful and methodical, and on good terms with his officials. The temperance cause had in him a faithful adherent and strong advocate.