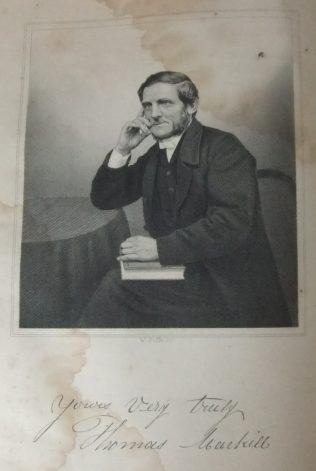 Thomas was born in 1819. He spent his early life at Alverly, Shropshire. PM missionaries formed a society in the village and Thomas was converted soon afterwards. He became a local preacher. Thomas moved to Brierley Hill and two years later was called into ministry by the Ipswich circuit.

His obituary records; ‘Our brother was a good man, a true friend, a conscientious colleague, and many will be the crown of his rejoicing in the day of the Lord.’