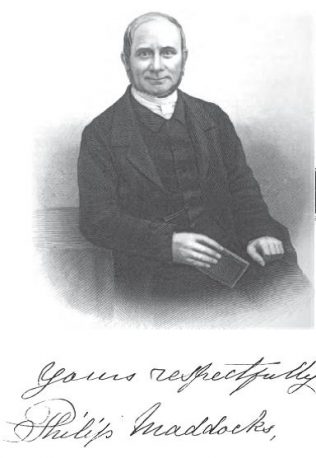 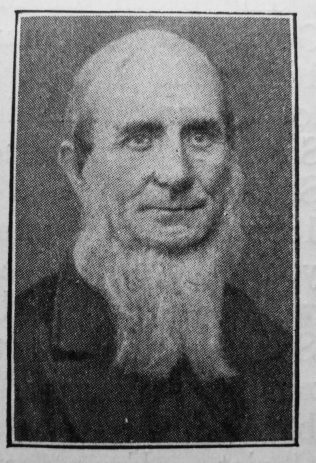 Transcription of Obituary in the Primitive Methodist Magazine by John P. Bellingham

Born at Sarn Bridge, Oswestry Circuit, December 16th, 1816, Rev. Philip Maddocks died at Caerphilly, Cardiff, October 29th, 1906, in his ninetieth year. His father opened his house for preaching services when Sarnbridge was missioned by the Oswestry Circuit in 1831, and a good society was formed. Converted in his father’s house Philip soon became a local preacher, and was sent to Ireland when quite a youth to labour on the Lisburn mission, where he had much success, but was compelled to return home by failure of health. Quickly recovering he commenced to labour on his native circuit, which was thirty miles in length.

Pledged by the Oswestry circuit in 1836 he was stationed at Birmingham. Afterwards he travelled in Tunstall, Richill, Congleton, Belfast, Lisburn (twice), Alderney, Jersey, Newtonards, Donoughmore, Paisley, Lancaster, Wrexham, Cardiff (twice), Gloucester, Maidstone and Chatham, and at the close of his second term at Cardiff he superannuated after a ministry of forty-one years.

Converted in the midst of a great revival Philip Maddocks’ ministry was marked by much fervour. Oswestry in those days had many mighty evangelists within its borders – John Wedgwood, James Nixon, and Joseph Maddocks, the “weeping prophet.” Wedgwood preached to immense congregations in the open air, and strong men fell to the ground under the power of the Gospel. James Nixon’s prayers, though often in the fewest words, moved the people strangely. When silent on his knees, such was his faith that men around him were all astir and sinners were saved. Some seventy years ago the writer at one of the great Camp Meetings was convinced of sin, and afterwards became familiar with such pioneers as Maddocks, Nixon, and Wedgwood.

Philip-Maddocks was a great power in the homes of the people. He was a most successful family visitor. When stationed at Worcester, where he was sent to labour by the Birmingham circuit, he was visited by Hugh Bourne, who spent a night with him and preached for him. By visitation Mr. Maddocks secured a crowded chapel and numbers were converted. He spent many years in pioneer work in Ireland, and at Portadown met Miss Beck, who had been converted on the mission. She made him a most devoted wife, and in the days of small salaries brought up a large family of sons and daughters. At Congleton Mr. Maddocks again had a visit from Hugh Bourne who preached at two Camp Meetings. At Wrexham he restored prosperity to a wrecked station; he erected three new chapels and received the thanks of the Missionary Committee for his services. On some of his stations he visited one hundred families a week.

Reference has already been made to our departed friend’s success in the erection of chapels. Four chapels were erected during his station at Nuneaton. He spent nine years at Cardiff; on his first appointment the mission was very feeble, but he erected a chapel at Severn Road, since enlarged. During his second term the membership increased by sixty-two, and the quarterly income by £11. Mount Tabor Chapel, a beautiful Gothic structure, was erected at a cost of over £4,000. Mr. J. Ramsdale gave £150, and Mr. Maddocks collected £1,000. During his superannuation Mr. Maddocks rendered yeoman service in the relief of distressed families during the winter, acting as the almoner of Messrs. J. and R. Cory. An attack of bronchitis somewhat suddenly terminated our aged brother’s career.

“Who would not wish to die like those
Whom God’s own Spirit deigns to bless?
To sink into that soft repose
Then wake to perfect happiness.”

Phillip was born on 16 December 1816 at Sarn Bridge, (Flintshire, now in the County of Wrexham), nr Malpas, Cheshire.