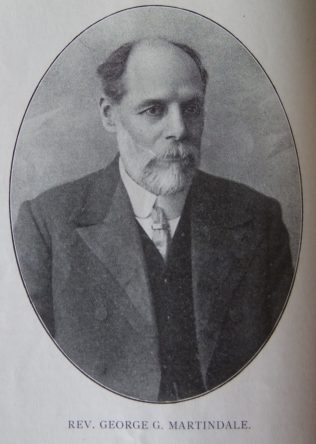 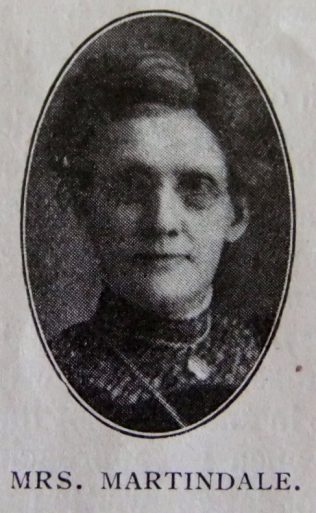 George was born in 1856 at Yapham, Yorkshire to parents George Martindale and Hannah Gowthorpe. George, senior, was a tailor. Hannah died in the spring of 1861 and George married Mary Wray in 1862. His elder brother, Thomas, also became a PM Minister, but died after eight years of travelling.

As a young man, George moved to Hull to take up a position as a railway clerk in the city from January 1873. He attached himself to the Bourne Church, Anlaby Road, Hull. George soon became a local preacher and in 1879, on recommendation from the Hull Fifth circuit, he entered the Sunderland Institute to prepare for ministry.

His obituary records that George will not be remembered as a builder of chapels, but will be held in lasting remembrance as a man who never shirked a difficult financial situation.

For nine years, George acted as secretary to the C.E. Holiday Tours Committee and arranged eight English and two Swiss tours. The last of these, consisting of a party of eighty, George conducted himself.

In 1891, George was requested by the Connexional Missions Committee to go as a missionary to West Africa, but was precluded from doing so following medical advice.

George served as Railway Arrangements Secretary for the Centenary Celebrations on Mow Cop. Many additional trains were arranged to allow the thousands of visitors to reach Mow Cop.

George was Secretary of Conference in 1916.

After superannuation, George effectively discharged the duty of Connexional Treasurer for five years.