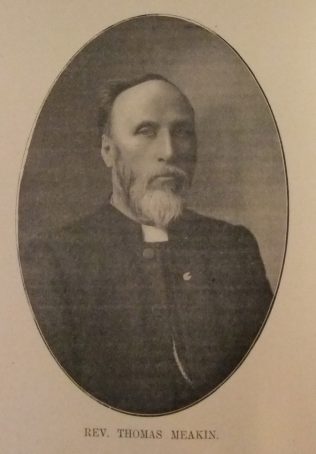 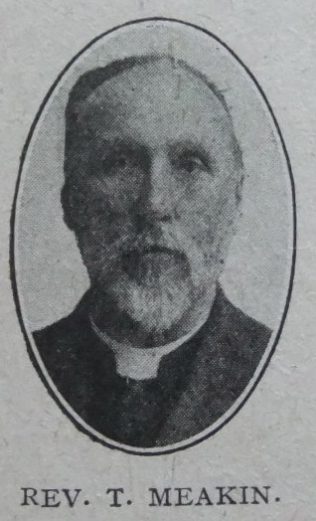 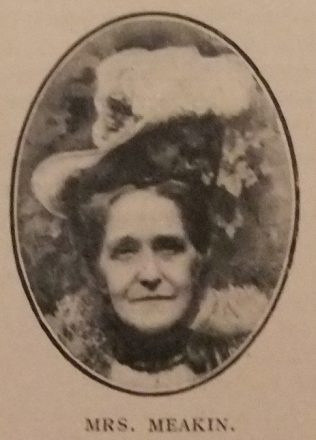 Thomas was born on 4 September 1845 at Bollington, Cheshire to parents George and Charlotte.  Thomas was baptised on 5 October 1845 at the Chapelry of Shrigley in the Parish of Prestbury, Cheshire. George was a cotton spinner by trade but was also a class leader, local preacher and Sunday school superintendent for many years.

Thomas worked in the cotton industry as a youth, starting as a half-timer at the age of eight. His half-time at school was spent as the Wesleyan day school. Here Thomas made good progress and for some time was put to teaching. Claims from home made it imperative that Thomas become a full-timer at the mill rather than follow a career in teaching.

Thomas decided for Christ under the ministry of Rev Robert Pattison. He was soon put to work as a Sunday school teacher and later as a local preacher.

Thomas served as a District Missionary Secretary and as a delegate to the General Committee. He did more than an average share of duty in relieving chapel trusts of debt and in the erection of chapel and school buildings.

Thomas possessed pulpit gifts of a high order. His nine years at the Caledonian Road Church in London was cited in proof. The Connexional officers, who generally attend that place or worship, were not slow to acknowledge their sincere appreciation of his ministrations. He had a firm grip of evangelical truths, and knew how to present them in their application to practical and spiritual needs.