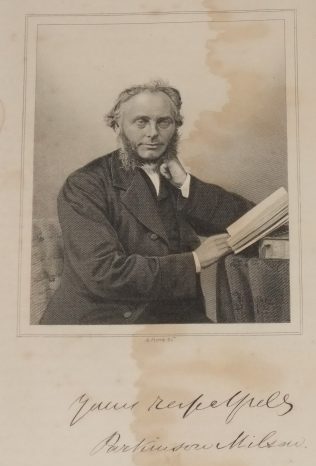 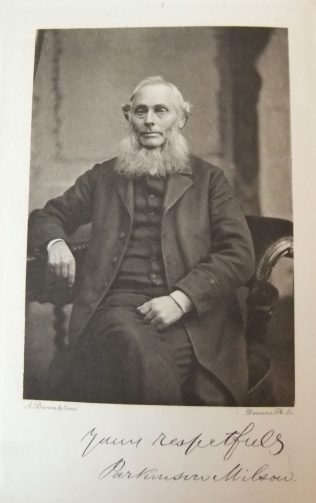 zoom
Frontispiece to the Life of Milson Parkinson 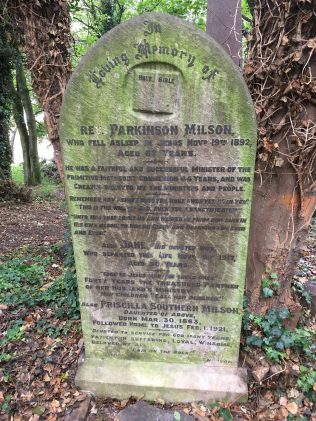 Although deemed to be a respectable citizen, Parkinson’s father, an agricultural labourer, was a drunkard.

Parkinson was converted in July 1843 at a prayer meeting in the house of William Neal at Broughton.  He went on the plan soon after his conversion. Parkinson worked as a woodman before entering the ministry.

Both William Garner and John Bywater encouraged Parkinson to enter the ministry, however, his natural modesty held him back. Following a narrow escape from death when a large oak tree fell on him, Parkinson vowed to follow God’s calling and entered the ministry.

Parkinson was a prolific writer in his journals, which run to some 20 volumes. These have been summarised in the book written by Shaw about his life.

Salem’s harp: being hymns and poems on miscellaneous subjects , 1863

Parkinson married Jane Southern (1827-1917) at Sculcoates, in the spring of 1851. Census returns identify four children. The 1911 census reveals that Jane had six children in total.