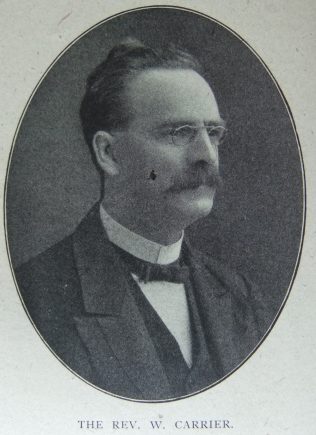 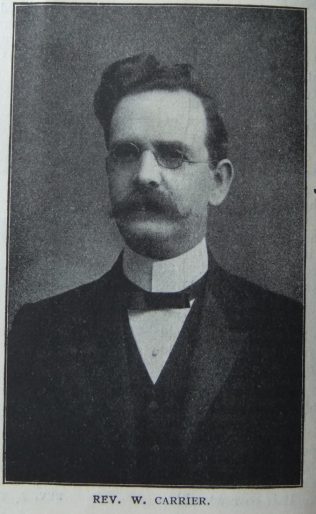 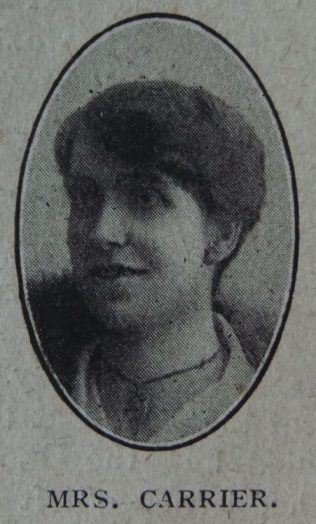 William was born in 1868 at Old Hill, Staffordshire, to parents Dennis and Ann. Dennis was superintendent of the Sunday School for over thirty years.

As a preacher, William was evangelical, ever striving to win a verdict for his Master. He was a live wire in the pulpit, and the earnestness of his spirit made his message an inspiration to his hearers. At Cross Keys, William led a revival resulting in an increase of one hundred members.

His obituary records that as a strong Free Churchman, William was active on public platforms, seeking for social betterment and the improvement of the lot of his fellow men.

His rich Christian experience inspired confidence, and hearts were open to him. He always entered those open doors with the grace and understanding of his Master. A strong man, he showed a tenderness and winsomeness that drew others to him.

William died on 28 May 1942 at West Bridgford, Nottinghamshire.