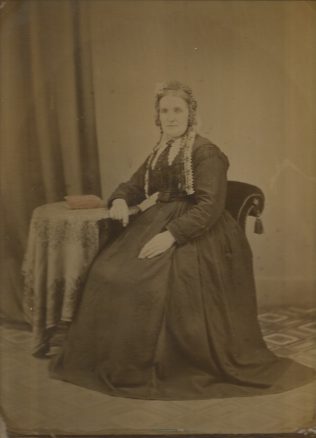 Elizabeth was born at Shipley, Yorkshire, on 21 December 1823, where her parents were among the earliest members of the Primitive Methodist society. Her father, William Grayshaw, was a local preacher, and Elizabeth received her first membership ticket in February 1837. She was a devout child, and carried her Bible with her, reading from it daily.

She became a local preacher in the Bradford Circuit in September 1939, when she was just 15 years of age. Two years later she became a hired local preacher in Lincolnshire, working in the Market Rasen, Swinefleet, Pateley Bridge and Silsden Circuits. She returned to Shipley and at the age of 22 married Joshua Mortimer, when her occupation was given as ‘dressmaker’. She continued as a local preacher, and was in great demand for anniversaries and special sermons.  She was also a class leader and Sunday school teacher.

She was a keen temperance advocate, and was a leading founder of the Shipley branch of the International Order of Good Templars, a temperance organisation founded in America. As well as all these duties, she also took a leading role in various domestic and fund raising activities for the Primitive Methodist cause.

She must have had a very strong constitution, as during her marriage she gave birth to 10 children, two of whom died in childhood, Rebecca at 16 months and Patience aged 12. Her third child, Mary Hannah, married Tom Townsend, and became the first woman representative at the Methodist Conference. Elizabeth’s youngest child, a boy, was only 9 when she died.

She seemed to find “a time and place for everything”, neglecting neither her public nor domestic duties. She was much respected by all who knew her.

All of this hard work took its toll however; she was taken ill following a public meeting in Shipley in December 1876, indeed it’s reported that she had to be carried home. She took to her bed and died there 5 weeks later on 3 February 1877. She was in much pain during these weeks, but never lost sight of God’s grace, and her faith sustained her through this difficult time.  People came from far and wide to attend her funeral. The local newspaper reported that “seats were ranged along the aisles and in every available place. The pulpit steps were fully occupied, and altogether there could not have been fewer than fifteen hundred people present.” Her obituary was headed “A Wonderful Woman.”