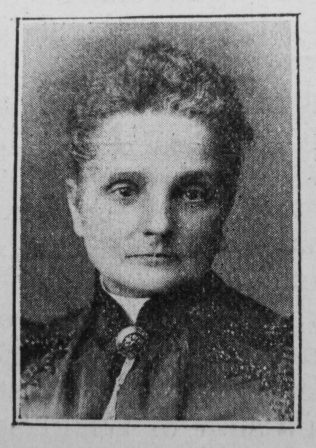 Transcription of Obituary in the Primitive Methodist Magazine by George W. Moorse

“And so He giveth His beloved sleep.”

About midnight December 28th, 1903, passed to rest the spirit of Mary the beloved wife of the Rev. G.W. Moorse, aged fifty-nine years.

She was the youngest daughter of the late Rev. Moses Lupton, and was married on December 18th, 1865, by her father in the Shotley Bridge Primitive Methodist Chapel to him who now mourns his loss.

Reared in a Christian home, breathing a religious atmosphere and associating with godly people, it is no marvel that early in life she was led to consecrated herself to Jesus Christ and His Church. She was converted at Newport, Isle of Wight, on the occasion of the London District Meeting, 1862.

For many years prior to her decease she suffered from heart disease, brought on no doubt very largely from trouble at the loss of her eldest son, a young man of great promise and an ardent worker in the Church as organist and local preacher, who had just finished his apprenticeship at Cheltenham as a chemist and came home to Loftus to die, – July, 1886.

From that time to the end of her life she struggled heroically with a weakly body, while discharging the duties of her home and those of a minister’s wife.

Like her father she was a model of method and order, and more than once was complimented by circuit stewards and ministers for the admirable way she left her house on changing stations.

Of a retiring nature and of feeble health, she took little part in the public services of God’s house, but was always ready with needle and purse to help forward the financial efforts of the Church.

As long as she was physically able she delighted to attend the services of the sanctuary, to drink at the fount of living water and to be brought in touch with the Divine. No one knew but herself and God what it cost her to get to chapel, by reason of shortness of breath and pain of heart. At length she had to relinquish the attempt and stay at home. To make matters worse, cataract formed on her eyes rendering her nearly blind, – reading therefore became impossible. Yet with patience she submitted to the will of her Heavenly Father.

Her sufferings during the last few weeks of her life were most acute, and yet amidst it all you could hear her at times humming some of her favourite hymn tunes. At length the angels of God conveyed her spirit to that bright world where its inhabitants have an everlasting immunity from the painful experiences of this mortal life.

A large number of friends from stations she had lived in, as well as this circuit, attended her funeral. She was buried in the West Auckland cemetery by the Rev. W.D. Cox and the Rev. B.C. Robson, Wesleyan minister. On the following Sabbath. Mr. Cox delivered a most appropriate and touching discourse in the St. Helens Auckland Chapel.

Mary was born in late 1844 at Hexham, Northumberland, to parents Moses and Mary Lupton.