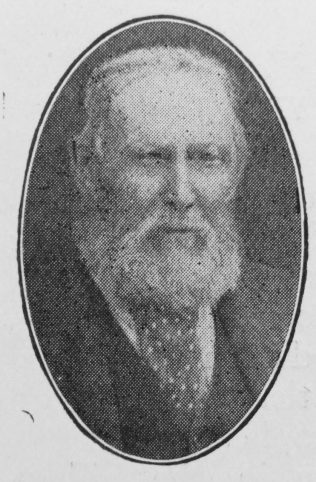 Transcription of obituary published in the Primitive Methodist Magazine by T. Phelps

Brother Thomas Mead passed from the service of earth to the higher service on Sunday, April 12th, 1908. For nearly sixty years he had been closely identified with the Stewkley Society.

Whilst he was ever willing to do what he could he found his highest joy in the work of the Sunday School. For some fifty years he held the office of assistant superintendent or superintendent. In the young people he took the greatest interest. Regularly he was in his place; whoever else was late he was always in time.

Two years ago the strong man began to fail. Reluctantly he had to stand aside, but through all his faith faltered not. The Christ of his strong manhood was his stay and comfort in the days of weakness. At the name of his Master his eye would light up, and rapt expressions of praise would break from his lips.

Quietly the end came; as a tired child closes its eyes in slumber at the eventide, so he, life’s labour done, laid him down and slept. On the day of his funeral friends gathered from far and near to pay their tribute of respect to one they loved so well. The company at the service in our church and at the graveside was one of the largest in the history of the village. Our own minister officiated.

On Sunday, May 17th, a memorial service was held.. The church was crowded to its utmost capacity, the bulk of the congregation consisting of old Sunday School scholars.

Thomas was baptised on 10 October 1830 at Stewkley, Buckinghamshire. His parents wereJoseph Mead, who worked the land, and Jane.

He married Elizabeth Rowe (b abt1831) in the summer of 1856 at Stewkley, Buckinghamshire. Census returns identify six children.