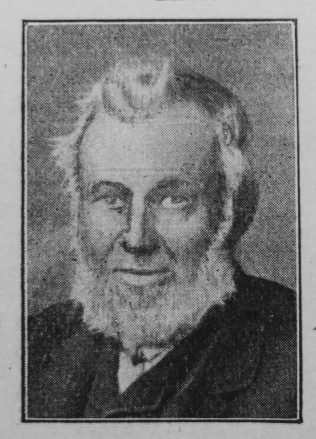 He had the unspeakable advantage of pious parentage and was brought up in both the home and the Church amidst a spiritual atmosphere.

Under these circumstances we wonder not that he was early in life the subject of deep conviction regarding spiritual things, nor do we wonder that he became a mighty saint, and useful as a local preacher and a class leader. His earlier years of religious life were spent in association with the Wesleyan Church at Wrool, in the Epworth Circuit, but during the Reform Movement, he preferred our denomination, and so became a member, and remained with us until the end of his life.

For many years he was a useful class leader, and for more than fifty-two years a valuable local preacher.

He was largely instrumental in clearing away the debt upon the old Chapel at Wrool, and in the erection of the new one, besides rendering useful service otherwise. During the last few years of his life he resided in Doncaster, and as his strength permitted attended services in the Highfield Road Chapel. At length, after a busy and useful life, in fulness of faith he joined the Church triumphant.

Thomas was baptised on 10 August 1819 at Haxey, Lincolnshire. His parents were Thomas, a farmer, and Elizabeth.

Thomas married Elizabeth Vause (b1821) on 21 November 1839 at Epworth, Lincolnshire.

Thomas lived for many years at Wroot, not Wrool, as documented in the obituary.