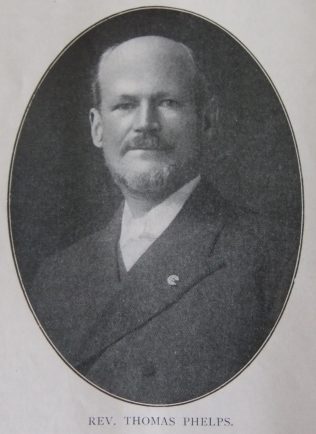 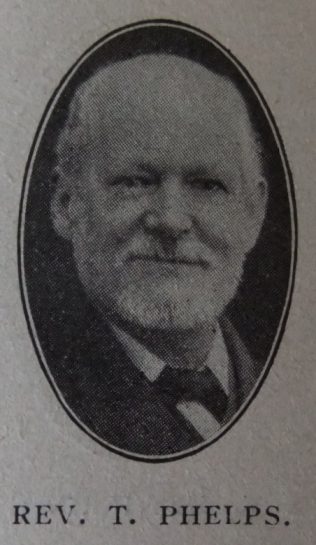 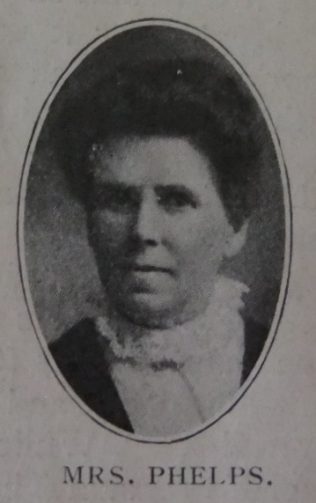 Thomas was born in 1852 at Hungerford, Berkshire to parents George Thomas Phelps and Eleanor Gosling. George was a baker and grocer and was a local preacher for nearly seventy years.

Thomas is identified as working as a baker in the 1871 census. He became a hired local preacher on the neighbouring circuit of Andover at the age of twenty-one.

His obituary records that Thomas was a man of strong individuality, intense conviction and deep and noble passion, he often stood as champion of the poor and the dispossessed against the powers that be.

Thomas deliberately maintained a predominantly rural ministry in some of the most extensive and difficult circuits in southern England. He was particularly remembered as a young minister for an impassioned speech at Conference in support of rural Primitive Methodism.

Following superannuation, Thomas moved to Worthing, but then moved to take charge of the Bognor Society. Later, family reasons were behind his move to Purton in Wiltshire.