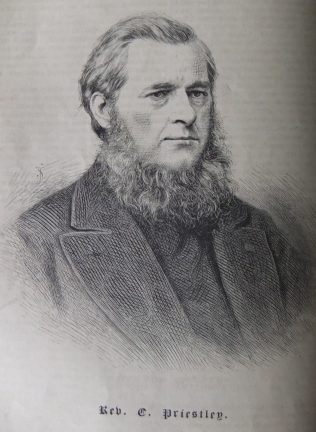 Charles was born on 28 January 1831 at Barrow on Soar, Leicestershire to parents John and Sarah. John was a collar and harnessmaker. In 1851 Charles was working as a harnessmaker’s apprentice.

Charles was converted in 1850 after a lovefeast held in the Primitive Methodist Chapel at Barrow on Soar. He became an assistant class leader in 1852 and in 1853 was put on the plan. It was not thought necessary to consult Charles concerning being put on the plan!

Charles first station was Durham where he was one of four ministers. It took 8 weeks to ‘go round’ the circuit.

Charles obituary records that on all his crcuits he laboured in characteristic fashion. He put ‘more into’ his days than most men and doubtless was proportionately happy with his ‘return’.

After superannuation, Charles gave his time to Nottingham Rd Church in Mansfield, working especially with the Young Men’s Class.