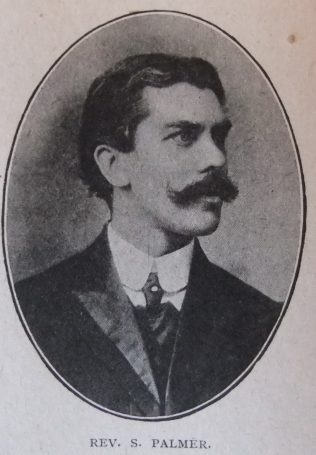 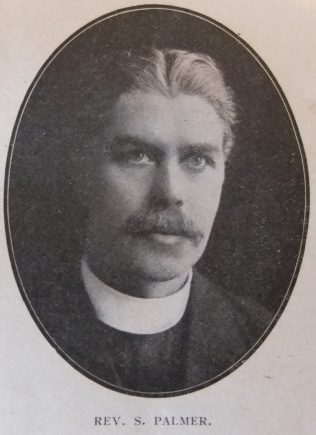 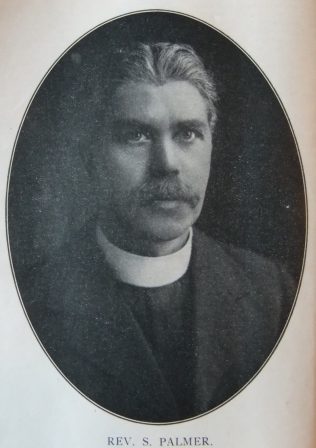 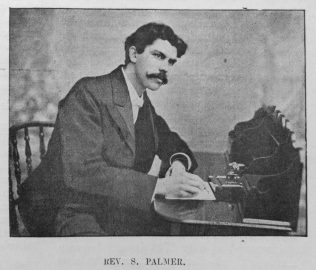 Samuel was born in 1872 in Lalnauli, nr Bombay, India. His father was an Inspector on the Indian Pacific Railway. Sadly he was thrown by a very restive horse and died when Samuel was just four years old. This tragic necessitated a journey to England. Circumstances led Samuel to Plumstead, where as a boy he was cared for by an aunt. He attended the Robert Street Church, Plumstead and was converted under the ministry of Rev Josiah Turley.

Between the ages of fourteen and twenty, Samuel worked in the Woolwich Arsenal.

Samuel became Connexional Sunday School Secretary in 1922. As part of introducing modern methods into Sunday School work, Samuel travelled to America and Canada in 1925 to research the latest ideas in regards to working with Intermediates. In 1926, Samuel delivered the Morse lecture at Northampton on “When Childhood expands into Youth”. More than one thousand copies of the lecture were sold.

After superannuating in 1940, Samuel moved to Bramall, Cheshire, and gave fine service in the pulpits of Stockport and district.

His obituary records that Samuel was a forceful personality, an able administrator, a preacher of power whose services were widely sought, a man of strong convictions, real humility, quick sympathy and with a keen interest in young people.

‘The flash lamp’: gleams for the guidance of youth’s ready feet, 1918 – a collection of children’s addresses.

Samuel married Ettie Prestwich (b1876) in the spring of 1902 at Oldham, Lancashire. Records identify two children.