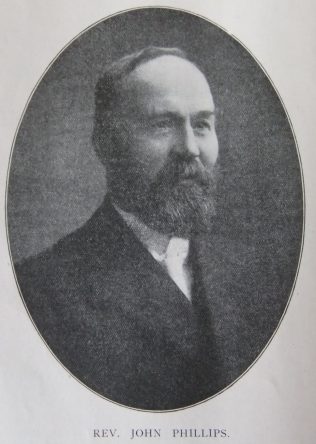 John was born on 28 January 1853 near Guilsfield, Montgomeryshire.

John was converted at Cardiff through the instrumentality of his only brother. He at once joined the Cardiff society, which at that time was worshipping in a hall, but was soon afterwards to build Mount Tabor Chapel for its home. The offices of Sunday School secretary and Society Steward were at once thrust upon him and in about two years he was placed on the plan. Immediately the status of full local preacher was attained, John was recommended for the ministry.

His obituary records that as a pastor, John’s practical sympathy and understanding endeared him to his people. He had a genial spirit and quick discernment. He spoke the truth in love, and helped to establish his hearers in the faith which works by love.