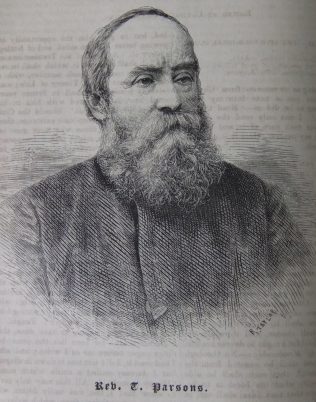 Thomas was born on 16 November 1833 at Marylebone, London, the fourth son of Robert and Isabella. The family moved to South Shields in 1841. Robert was a grocer.

Thomas was persuaded by his mother to join the Primitive Methodist Sunday School, and later he joined the choir. Thomas worked as a tinman prior to entering the ministry.

Early in his ministry, Thomas acquired a knowledge of the original languages of the bible. He was well read in works dealing with mental and moral science, ancient and modern history. Political Economy was a science he took great delight in.

His obituary records that his articles were distinguished for the beauty, power and order of thought and language. He was an excellent administrator, being firm impartial and kind. It was however as a preacher that he excelled. Every moment was employed that could be useful for the pleasing work of sermonising. For the joy of preaching the many inconveniences of the itineracy were cheerfully endured.

Following his superannuation, he regained his strength and was able to recommence active work at Pollockshaw and Glasgow. He moved to Arkansas in July 1896 to be with his son, John, a PM Minister who had moved to Arkansas circa 1893.

Thomas married Ann Nowles Matfin (1836-1906) in the summer of 1860 at Tynemouth. Ann was the daughter of John Matfin. Census returns identify five children.