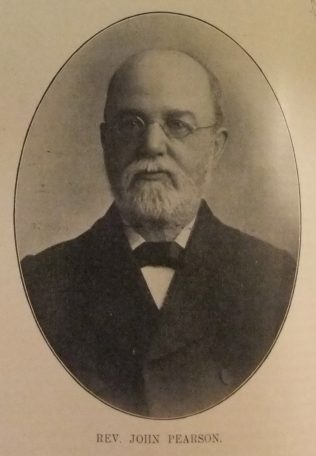 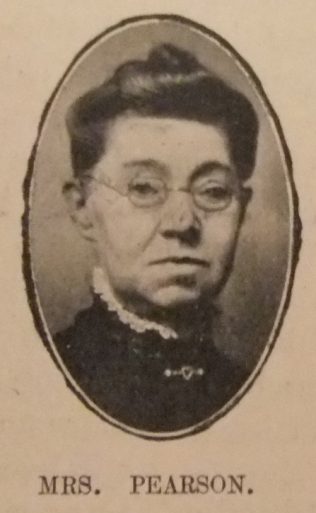 John was born on 18 October 1845 at Felling Shore, nr Gateshead, Co Durham to parents Robert Pearson and Margaret Hebron. Robert was a colliery labourer and was a local preacher, class leader and for several years Sunday School superintendent. While John was very young, the family moved to Hobson, in the Shotley Bridge circuit. Here the family home was opened up for preaching services until a more suitable place could be secured.

John was converted in revival services conducted by John Lowery, an evangelist of Gateshead. He was brought on to the preachers’ plan at Stanley. John worked at the coal mine from a young age, before entering the ministry.

Shortly after John arrived at Boston, the chapel was burned down. Under his leadership, a new and beautiful structure was erected; and the church itself built up into a stronger and more compact and efficient body.

John’s preaching was eminently practical, and disclosed a firm intelligent grip of essential truths. He lifted high ethical standards before the people, and gave faithful expositions of spiritual religion.