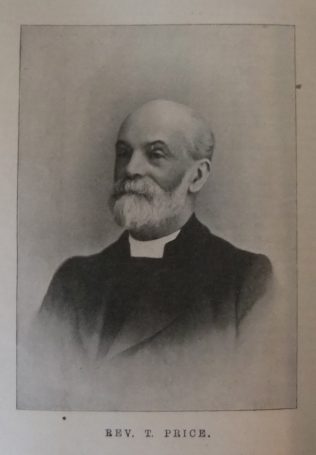 Thomas was born on 16 June 1842 near Brynmawr, South Wales. His parents were Primitive Methodists. At an early age, Thomas was sent to work on a farm.

Thomas was converted aged 20 and joined the PM society at Brynmawr. He began to work in the Sunday School and two years later became a local preacher.

Thomas was a good sound Methodist preacher; for while conversant with what was called ‘modern thought’, his tastes were practical rather than theoretical. His sermons and addresses gave evidence of careful thought and preparation.

Thomas was never what was called a ‘Connexional Man’; he preferred to be a circuit minister.