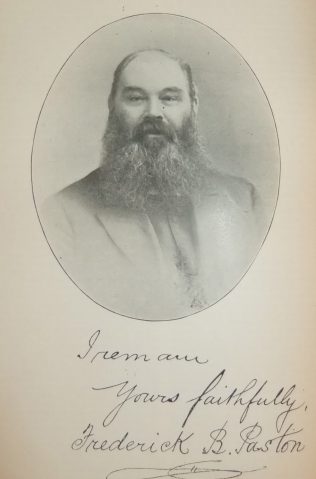 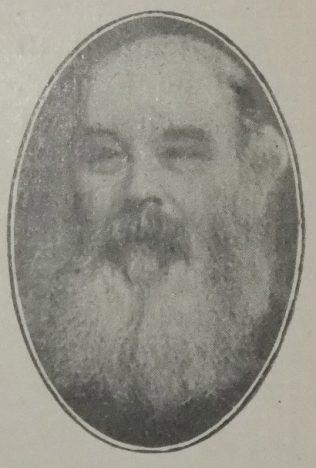 Frederick was born on 19 December 1843 at Great Yarmouth, Norfolk to parents Robert and Sarah Ann. The 1861 census describes Robert as a sawyer and PM local preacher.

Frederick was a 3rd generation Primitive Methodist. He was converted in 1856 during a series of united revival services conducted at the Brunswick Chapel by Rev William Booth (later General William Booth of the Salvation Army).

Frederick was soon on the plan, initially as a prayer leader. He was also an active and useful Sunday school teacher.

Frederick was known as a particularly effective preacher, especially out of doors.

Frederick was a member of the Peace Society. The 1897 biography records that he had a weakness for joining each and sundry of the various societies that had for their object the amelioration of man’s condition on earth and the glory of God.

Whilst at Wells and Bungay, Frederick served on School Boards. He was also elected to the first Parish Council at Docking in 1894.