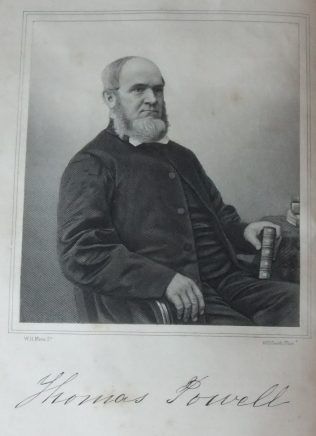 Thomas was born on 21 December 1816 at Hereford. He was converted in 1833 when PM missionaries visited Hereford.

His obituary records that on his stations Thomas realised great success in building chapels, raising money and saving men.

He was blessed with a fine and commanding presence, a firm and practical mind. His preaching was Evangelical, instructive and interesting. His superintendency was marked by great earnestness, painstaking method, perfect mastery of detail, impartial treatment of men, and abiding loyalty to the connexion.