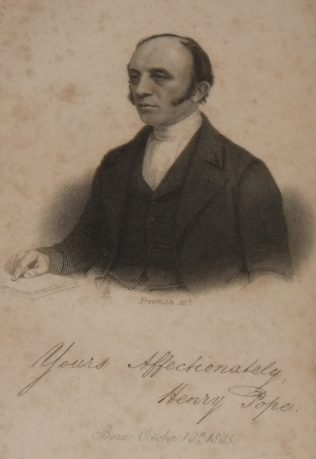 On day when the appointed preacher failed to arrive Henry was asked to fill in. This led to Henry going on the plan in June 1823.

His obituary includes these words. ‘As a preacher he excelled, but he did not seek to adapt his preaching to the mere tastes and whims of the people. He sought to win them for Christ, by preaching Him to them as their only means of deliverance from sin and death and reconciliation with God.’