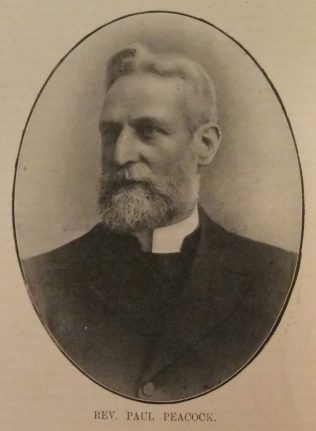 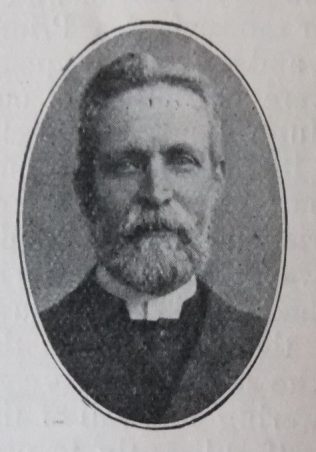 Paul was born in 1848 at Bentley, nr Doncaster, Yorkshire. His father, Thomas, was a game-keeper. Paul was the youngest of fourteen children. His mother died when he was two, leaving him to be raised by older sisters.

Paul received his early education at the Grammar Schools of Bentley and Doncaster. He was converted at the age of fourteen. Soon after conversion, Paul was apprenticed to Mr Bailey, of Bawtry, a whitesmith and ironmonger. His master’s daughter became his future wife.

Paul started to preach at the age of eighteen in the Retford circuit. At the termination of his apprenticeship he was accepted for the ministry and attended the Sunderland Theological Institute.

Paul had an exceptional aptitude for the business side of circuit life. He became a Connexional man and a familiar figure at all the great gatherings of the Church. For several years, Paul was Secretary of the Itinerant Preachers Friendly Society.

Paul was Secretary of Conference in 1902.

His obituary records that Paul was successful as a circuit minister. He was plodding, methodical and earnest in all that he did. As a preacher he was plain and faithful in the delivery of his message. There was a note of intense practicalness in all that he said. He largely dwelt on the experimental side of religious life. He was not a profound thinker or a close reasoned. He did not soar in his preaching, but he sought to lead his hearers to a more consistent life and a more devoted service.

Paul died on 10 May 1908 at Middlesborough, Yorkshire.